I was craving running Linux on the desktop again, and the netbook I had lying around did not have proper support for the graphics card. This resulted in Unity not being that smooth, and the LVMPIPE mode really sucked.

So, I did something “drastic” and removed Mac OS X and installed Ubuntu 13.04 instead.

The Macbook Air (late 2010) has a Nvidia GeForce 320M graphics card and there is proprietary drivers for it. However, these does not work in EFI mode and by default Ubuntu is installed in EFI mode. I read some guides on how to convert the GPT partition table before installing, men turned out that it was still a GPT partition table after the installation finished. Therefor I had to convert it after the installation, following these [ubuntu.com] instructions. After converting to legacy BIOS, I installed the proprietary Nvidia drivers.

Other than the official tips in the Ubuntu community documentation [ubuntu.com], I also made the following changes to get the keyboard to work as similar as in Mac OS X (Settings, Keyboard Layout, Options):

After installing the Linux version of Spotify, I wanted the multimedia buttons on the keyboard to control Spotify. I found the following information [mabishu.com] that Spotify had built in support for dbus, så it was just a matter of writing a small script:

Then you’d have to create keyboard shortcuts for Audio Play (argument “PlayPause”), Audio next (argument “Next”) and Audio previous (argument “Previous”) which would execute the script. 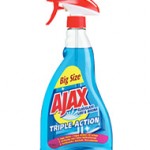 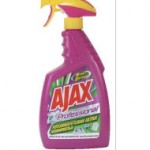